our story
by Karen Alexander

When people ask how we began, I have to think that Come before Winter must have begun in the mind of God and through the prayers of those with understanding. As for myself, I did not understand. Some were praying for missionary renewal, but I was not. I was merely a vessel—maybe a mind, maybe a heart—I am not sure. I just know that I would never have thought to begin Come before Winter on my own. 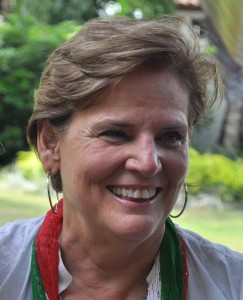 Karen Alexander, Executive Director and founder of Come before Winter

That is not to say that God had failed to prepare my heart for the task. From a young age, I was one of a small, but emerging group of women who took the call to ministry seriously. In my 20s, I dedicated my life to helping others to grow in the love and understanding of the Word. I purposed to prepare myself for ministry, to make ministry my life’s work, though I never expected that I would find myself in the role of a paid minister. In particular, I dedicated myself to women’s ministry, and I believe God blessed my efforts. Along the way, I began taking classes in biblical studies, and in 1995 I graduated with a MS in Biblical and Related Studies from Abilene Christian University. I did most of my course work at what is now Austin Graduate School of Theology. Over the years, I was often asked to teach at women’s events, write Bible curriculum, and contribute in brainstorming sessions regarding better ministry for women.

I had met Jeanene Reese in San Antonio in about 1982; we were both speaking for an area-wide women’s conference, and we were roommates. During the next five years, we became good friends, working, planning and serving alongside one another in ministry. We frequently pondered how women in ministry might be best encouraged and empowered for ministry. The idea to host some sort of retreat for spiritual renewal for women in ministry often surfaced, but never developed.

In the summer of 1999, my husband, our youngest son Zach, and I went to Port Kaituma, Guyana, to serve on a medical missions team. Barry and I were to teach Bible, and one of my assignments was to spend the lunch hour each day studying with the ministers’ wives in the region. Though I enjoyed that time, I could also see quite clearly that it was inadequate…that I was inadequate…that it should have, could have been more. When I returned to my last year teaching, I met my new principal David Bush. David had served in missions in both Africa and Saudi Arabia. Anyone who knows David understands that being near David means hearing many stories involving missions.

Later that fall, I was in the teachers’ workroom when David entered. “Anybody want to go to the south of Spain on fall break?” he asked. In my mind, the question deserved no answer. We would all like to go to the south of Spain on fall break, but we were teachers at a Christian school, working for minimal pay, and fall break was only three days long. I didn’t respond, but someone did. The conversation that ensued included the affordability of villas in the south of Spain, and my mind drifted there. What would I do with a villa in the south of Spain? Immediately that retreat for personal renewal leapt to mind. Who would I invite? Names of women, women who served, studied, wrote, spoke, ministered, nurtured, they all began to fill my mind. We could all rent a villa in the south of Spain and go there for spiritual renewal; it would be wonderful! That was when the Lord—surely it was He—interrupted and I was called up short with one startling realization: though what I considered might well be wonderful, it would also fall short. The revelation almost took my breath away—like a child caught in an act of disobedience. But the idea would not leave me. I wondered, what would a group of women like that do if we were all together in the south of Spain? And then I knew. We would serve to renew missionary women and others in ministry in the area.

There was no doubt in my mind that this group of women, the ones the Lord had brought to mind and others like them, could greatly encourage and inspire our women on the field. What I didn’t know was whether there was a need.

I knew so little, in fact, that it was easy to dismiss the experience entirely as some off-the-wall thought, resulting from the boredom of copying tests, and I tried to do just that. But the idea kept returning, especially when I spoke with those who did know missions. And every person I knew with experience in missions was intrigued; they all urged me to move forward—to not let the moment pass me by. 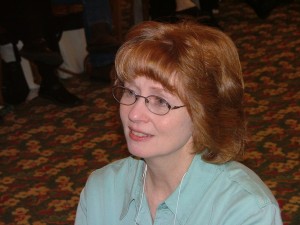 Even before I began, I knew one thing: I needed a partner—someone who had been successful and happy on the field, someone who understood what it meant to serve—the best parts and the hardest parts. I found that person in my friend Karen Goudeau Fenter, former missionary to Brazil with her late husband Eugene. Though Karen’s life on the field had been cut short by Eugene’s untimely death, the church they helped to plant in Campo Grande, Brazil, still thrived. Karen loved missions, loved her time in missions, and better yet, she wanted to do all she could to help me think through my idea.

We met together in the fall of 2000, along with Heather Hammock, a friend who had also trained in missions with Continent of Great Cities (now Great Cities Mission). They explained the needs of women in missions, and we talked through how we might serve those needs—personal prayer times, taking a counselor, opportunities to grow in Bible study, excellent worship times, personal reflection. We wrote our mission statement and outlined the basic tenets of our program; they remain today. I went online to the Continent of Great Cities website and emailed names I did not know, asking if there was any interest. Brazilian missionary Barbara Leite was intrigued by the possibility and helped me to contact other Brazilian missionaries. Within three days of that contact, we had 16 responses, all saying they would like to attend. We discussed others God was calling us to include (Jeanene Reese, my long time partner in ministry was first on our list), and we began recruiting our team. In July, 2001, we hosted our first renewal in Campinas, Brazil; 26 Brazilian and Chilean missionaries attended.

What I did not know then, and would not learn until years later, is that the Richland Hills Church of Christ (RHCC; now The Hills) missions team had formed a sub-committee in the fall of 1999 to study how they might facilitate missionary renewal. The committee met several times to determine what might be needed. Most of their time was spent in prayer, begging for insight and for God to show them how missionaries might be renewed. They identified a plan of action, but costs seemed prohibitive since they, like we, believed that the sponsoring group should fund 100 percent of the cost.

The recommendations that grew from their prayer and meetings bear an uncanny resemblance to our work. For one thing, they were suggesting a “renewal.” the very word the Lord planted in my own mind and heart. Additionally, they recommended:

• Get the missionaries away from their mission site: We invite our participants to a resort location.

• Provide plenty of opportunity for praise and worship: Our entire program is designed around study, prayer, worship, and reflection; each day begins and ends with worship.

• Create a safe haven where souls can be unburdened, feeling free to confess, to ask for prayer: Our participants have called our renewals “a hospital,” a “place to recover.” Though we do not plan for confession, this occurs frequently.

• Schedule specific times for one-on-one prayer and ministry: Half of our team goes expressly to pray with the women in one-on-one sessions; we also take a counselor.

• The renewal team should be mature, have a propensity for prayer, be discrete, not necessarily in the missions ministry: We begin praying for the women by name long before we see their faces. Though we take former missionaries on each trip, many of our team members are like me; Come before Winter is their missions experience.

• Recommend one week; We take 5 days M-F, leaving the weekend for the women to return to their families and churches.

• Get input from missionaries about when to schedule: Always. 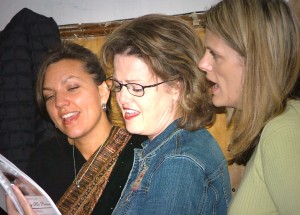 Suzanne Simpson, Suzy Jeffrey, and Nola Meyer sing during an evening worship in Russia. Suzy is a member of The Hills Church of Christ missions team that prayed for months during 1999 for discernment about how they might best renew missionaries. “I believe…the blessings resulting from their prayers were falling into my heart and mind, hundreds of miles away,” writes Karen Alexander.

When the RHCC subcommittee made its final report, the larger group decided they must table the information. Since their plan involved ministering to the whole family, the costs of simply transporting the missionaries to the site were prohibitive. Ron Holland, then the missions minister for RHCC, sent me the sub-committee’s full report a few years ago. Both he and I remain convinced that the blessings resulting from the prayers of their subcommittee were falling into our hearts and minds, hundreds of miles away! God was answering their prayers through us. Shortly, after having prayed for just the right person to travel with us as a prayer counselor, Jeanene would telephone Suzy Jeffrey, a member of that missions team. Though we needed an answer on short notice, the Lord had already prepared Suzy with a deep understanding of our mission.

I believed then, and believe more strongly now, that no program of study or group of teachers can affect renewal. God alone creates; he alone renews his servants. In order to serve, the Come before Winter team doesn’t lean on what we know about missions; we don’t pretend to be experts in what our participants experience in life. We know they are the experts; we never forget that we are their servants.

Instead, we go to offer them a gift: five days and four nights to focus on God alone. We provide a schedule designed to immerse them in the spiritual disciplines of study, prayer, worship, and reflection as they shift their focus from the work they are doing back to their relationship with the God they serve. I believe this is one reason God blesses what we do. I think it may be one reason he called someone who knew nothing.

God has taught me a lot since we began in 2001, but I remain keenly aware that I know nothing. We all feel extraordinarily blessed by the privilege, amazed that we have been allowed to serve, and we celebrate the fact that we can walk alongside such incredible women of God.