Introduction to the Enneagram 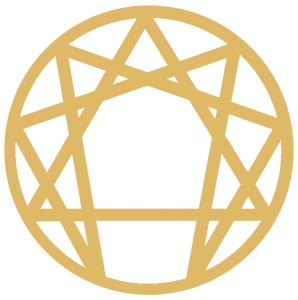 Learn more about the enneagram from Sara Holland

The enneagram is an ancient typing tool that describes nine different ways people think, feel, and behave as well as the motivations behind their actions.

Sign up for this class to learn more about each of the nine types through panel interviews of CbW team members and former participants. These interviews were conducted by Sara Holland, chief of operations at Come before Winter, who received training through the Narrative Enneagram, an organization that has been teaching the enneagram for over 30 years.

Sara “discovered” the enneagram in 2017 and was immediately captivated. Though she suspected from the beginning that she led with a type nine, she spent two years in self-observation—reading, discussing, and sharing with others, drawn in by the way God was using this tool to help her understand how each type perceives the world in a different way. In 2019, she enrolled in a year-long, in-depth study that would explore the system through the “narrative tradition.” This approach utilizes storytelling as the key to typing and teaching the enneagram.

“The enneagram offers us a better way to understand ourselves, our motives, our strengths, and our shortcomings. A basic understanding of all nine numbers allows us to experience others with more grace and appreciation. A good understanding of our own enneagram number opens doors for us to grow spiritually as we learn to own and address our weaknesses. I’m thrilled that Sara is able to share her knowledge with us. I know you will be blessed!”

Registration is open until Tuesday, January 12th. The class materials, including the panel interviews, will be accessed through an online portal, and a new enneagram type will be presented each week on Thursdays, starting January 14th.

There will also be four Zoom Q&A sessions on select Tuesdays throughout the class, once as an introduction and then every three weeks, focusing on a different enneagram “triad” (group of three types). These sessions will meet on Tuesday, January 19, Tuesday, February 2, Tuesday, February 23, and Tuesday, March 16 at 8 am CST (time in Dallas, TX) and 6 pm CST.

Sara Holland experienced her first CbW renewal in 2004 as a participant while living and working as a missionary in Morelia, Mexico. Sara returned to the US in 2008 and began traveling regularly with CbW in 2010. She has served on 17 teams in a variety of roles including renewal director, worship leader, renewal administrator, art instructor, and videographer.

In addition to her work on renewals, Sara also helps to teach and train worship leaders through CbW’s International Development Seminar program (IDS), having served two years with the Portuguese team (2012-2013) and four years with the Japanese team (2015-2018). A respected contributor on every level, Sara also serves on the ministry’s leadership team.

Sara’s love for missions developed naturally as she grew up as a “missionary kid” in Manila, Philippines, from age 4-16. After high school graduation, she returned to the US, attending Texas A&M University and traveling on short-term mission trips with Aggies for Christ and World Wide Youth Camps. In 2001, Sara joined a missions team to Morelia, Mexico, where she served for six years as a missionary and church planter.

Sara worships and serves on the leadership team for Storyline Community Church in Dallas, Texas, a small church plant that continues to feed her passion for missions. 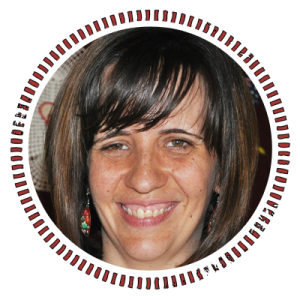 Registration for this class is now closed

Head to our Online Class Schedule page to see what other classes we will be offering soon.